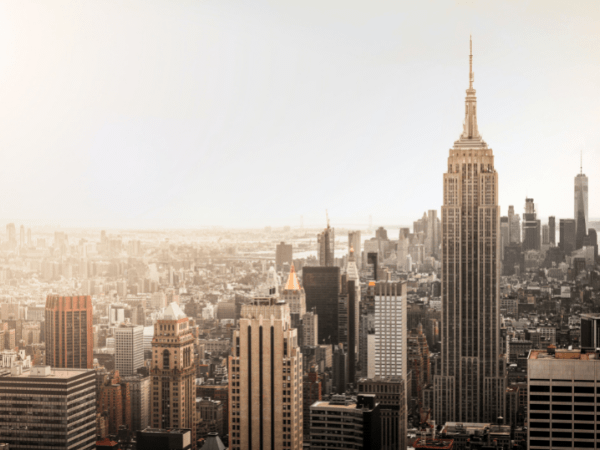 NEW YORK, NY July 13, 2022 – BrainBox AI, a pioneer in autonomous building technology, is proud to announce that it has been named a qualified vendor for the New York State Energy Research and Development Authority’s (NYSERDA) Real-Time Energy Management + Tenants (RTEM + Tenants) program. The incentive program will provide commercial buildings, across the state of New York, with cost sharing of up to 33% for BrainBox AI system implementation and services for up to three years.

To be an Approved System Provider, BrainBox AI demonstrated that it can successfully provide building owners, operators, and tenants with a tool that impactfully decreases commercial building energy consumption and carbon footprint. At the forefront of the green building revolution, BrainBox AI boasts the world’s most advanced artificial intelligence technology for commercial HVAC (heating, ventilation, and air conditioning) systems. BrainBox AI merges deep learning algorithms with existing HVAC functionality, reducing a building’s HVAC energy costs by up to 25%, carbon footprint by up to 40%, and extending HVAC equipment life by up to 50%.

While buildings in New York are already implementing BrainBox AI’s technology, including Cammeby’s 45 Broadway 32-floor Class A office building, NYSERDA’S acceptance of BrainBox AI into its incentive program makes it easier for commercial real estate owners and operators across New York State to achieve their sustainability goals. This is particularly crucial for New York City and its implementation of Local Law 97, a groundbreaking law requiring most buildings over 25,000 square feet to meet new energy efficiency and greenhouse gas emissions limits by 2024.

“We’re honored that NYSERDA has chosen BrainBox AI as a qualified vendor, making our technology even more accessible to the New York market,” said Jean-Simon Venne, Chief Technology Officer and Co-founder, BrainBox AI. “With over 70% of New York City’s greenhouse gas emissions coming from buildings, the New York City Council estimates that retrofitting the city’s energy inefficient buildings will cost upwards of $20 billion. On top of this, The Climate Leadership and Community Protection Act of 2019 states a goal to limit statewide greenhouse gas emissions to 60% of 1990 levels by 2030. BrainBox AI’s technology has the capability to help buildings meet a large portion of this 2030 objective without Capex investment for building owners, providing the fastest and least expensive solution in-market. Thanks to the RTEM + Tenants program, New York buildings will have access to this transformative technology at a fraction of the cost.”

Headquartered in Montreal, Canada, a global AI hub, our workforce of over 150 employees, bring with them talent from all sectors with the common thread of being in business to heal our planet.

BrainBox AI works in collaboration with research partners including the US Department of Energy’s National Renewable Energy Laboratory (NREL), the Institute for Data Valorization (IVADO) as well as educational institutions including Montreal’s Institute for Learning Algorithms (MILA) and McGill University.